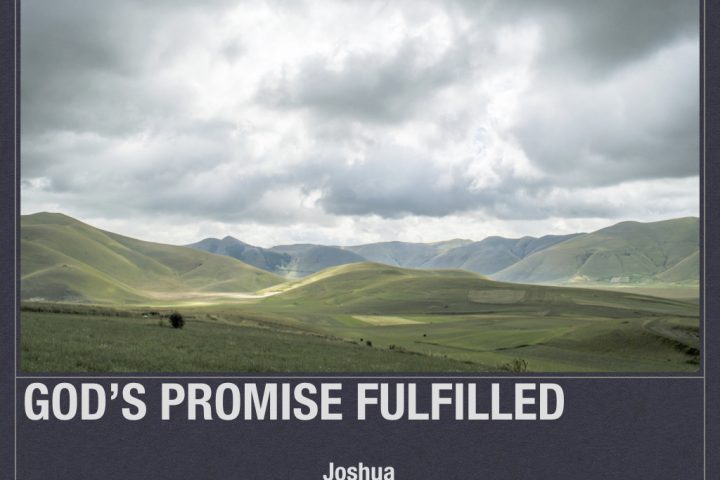 Josh 24 As Joshua approaches his final days, he gathers all the tribes of Israel together one last time. Joshua presents the people with a simple choice: either serve the Lord, or figure out which other god you will serve. Joshua famously declares, “But as for me and my house, we will serve the Lord.” The people rush to agree, but Joshua surprises them (and us!), warning them that they’re not capable of doing so. Is Joshua simply being a grumpy, old man, or does he know something that we might tend to forget?
04/15/2018

Josh 8:1-29 After the miraculous victory at Jericho in Joshua 6 came the devastating defeat at Ai in chapter 7. The sin of Achan was dealt with, but as chapter 8 begins, Ai is still standing in the way of the conquest of the land. There’s no way around it. How do the people of Israel rebound after the defeat? Failing to obey the Lord will lead us to defeats similar to Israel’s. How do we face up to the same spiritual enemy a second time when we totally blew it the first time around?
04/08/2018

Josh 7 As we resume our studies in Joshua, the people of Israel are ready to move forward after the miraculous victory God had given them at Jericho. The next stronghold, Ai, doesn’t appear to amount to much, after all, what’s so remarkable about a place whose name means “ruin”? Israel doesn’t simply lose the battle, they are routed, all on account of one man’s sin and his bet that he could somehow prevent his actions from ever seeing the light of day. Together we’ll discover from the story of Achan what’s involved in dealing with the high cost of sinning.