Our speaker was Mike Romberger, President and CEO of Mt. Hermon.

Our speaker was Bruce Hindmarsh from Regent College.

Prayer is hard for most people, especially men. In our current sermon series, Living Right Side Up in an Upside Down World. At the retreat, Bruce will be giving us some practical ways to pray. Here’s where he’ll be going in terms of different approaches to prayer:

For over 30 years, Reed Jolley has been one of the teaching pastors at Santa Barbara Community Church. An avid surfer and a Westmont Alum, Reed exclaims that he is: “the proud father of three and an even prouder husband of my first wife.”

This year’s speaker was Rikk Watts whom you may remember from our 2015 summer seminar series “It’s About Life”. Rikk Watts is no stranger to PBCC as he has spoken at numerous events over the years.  Our Men’s Retreat was one of his final North American appearances  before he leaves his position at Regent College for a position at Alphacrucis College in Sydney, Australia.  He spoke on how Christianity has transformed our world over the millennia and how it can transform us today.
Rikk E. Watts is Professor of New Testament at Regent College, Vancouver, BC

This year’s speaker was Mike Romberger.  After spending over 15 years as a senior pastor in Colorado, Mike took over as the new President of Mount Hermon after the passing of Roger Williams last year.  Mike was beyond thrilled to have the opportunity to share with our group of guys this year!

Mike taught from the life of David and covered such topics as authority (Saul), purity (Bathsheba), courage (Goliath) and having a heart after God’s (man after God’s own heart).

Ross Hastings from Regent College in Vancouver. His title was “Slowing down for spiritual growth: Life-giving spiritual practices and rhythms in Paul’s letter to the Philippians.”

Tremper Longman from Westmont College in Santa Barbara spoke from OT Wisdom Texts on ‘Becoming a Man of Wisdom’ – specifically addressing tough issues that we face being and becoming wise & godly men in The Valley. All four talks are excellent introductions to understanding the nature of the books for further study.

We had the privilege of having Bruce Fisk as our speaker.  Bruce is Associate Professor of New Testament in the Religious Studies Department of Westmont College, and is the author of A Hitchhiker’s Guide to Jesus. Bruce shared his journey with us and showed us practical ways to hitchhike through life with Jesus.

We were blessed to have Tom Ashbrook, author of Mansions of the Heart, as our speaker, along with Jim Gaderlund, a close friend of PBCC and nationwide leader in spiritual direction, serving in a supporting role. After a career as an aeronautical engineer and then pastor for 26 years, Tom felt the need to cultivate a deeper relationship with Jesus and turned his attention to exploring time-tested spiritual disciplines practiced by the ancients. Tom is now the Director of Spiritual Formation for Church Resource Ministries and leads their international spiritual formation ministry, the Order of Imago Christi. He is author of Mansions of the Heart, which offers a step-by-step guide through a spiritual formation road map based on Teresa of Avila’s The Interior Castle. Tom shared his journey with us and gave us some practical ways to cultivate a deeper relationship with Jesus

Bart Hartman is the former Chaplain of Westmont College, having spent 18 years on their faculty and staff. Bart also served as the Associate Pastor at El Montecito Presbyterian Church in Montecito, California for five years. Bart and his wife lived in the Washington, D.C. area (2002-2008) where they worked with the House and Senate prayer groups to encourage friendships in the Jesus around the world. For the last decade, Bart’s teaching interest has focused on the essential relevance and cross-cultural nature of the principles Jesus taught and the life he lived. The Tarmans now reside in Santa Barbara, where two of their three adult children and four of the grandchildren live.

Our speaker was Steve Jolley, one of the teaching pastors at Santa Barbara Community Church. Because spiritual life is an intense struggle, Steve will be encouraging us as men to “step up to the plate” and fight the fight of faith. Steve has a heart for God’s word coupled with a gift for making the Scriptures accessible and applicable to everyday life..

Reed Jolley, who has served as pastor of Santa Barbara Community Church since 1979, was our speaker. Reed has a passion for evangelism and nurturing authentic community life among believers. He has written over 30 articles in Christianity Today and other periodicals, plus a chapter entitled Apostle to Generation X: C. S. Lewis and the Future of Evangelism for the C. S. Lewis book: Lightbearer in the Shadowlands (1997).

Ben Patterson, Campus Pastor, has been the Senior Pastor of Westmont for the past five years. A contributing editor to Christianity Today and the Leadership Journal, he has written several books.

Ben has spent six years as Dean of the Chapel at Hope College in Holland, Michigan.

Previously, he was senior pastor for two congregations, and was the founding pastor of Irvine Presbyterian Church in Irvine. One of his goals, as Campus Pastor, is seeking revival and spiritual awakening in the church and society. Ben and his wife have three sons and a daughter. 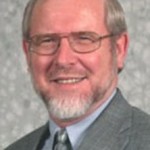 This year Willem VanGemeren was our speaker. Willem A. VanGemeren (Ph.D., University of Wisconsin) is director of the Doctor of Philosophy in Theological Studies program and professor of Old Testament and Semitic languages at Trinity Evangelical Divinity School in Deerfield, Illinois.

Dr. VanGemeren’s areas of expertise include Old Testament, Hebrew, Old Testament theology, poetry, and the book of Isaiah. He is a member of the Society of Biblical Literature, the Evangelical Theological Society, and the Institute for Biblical Research.

He is the author of The Progress of Redemption: The Story of Salvation from Creation to the New Jerusalem, Interpreting the Prophetic Word, and a commentary on the book of Psalms for the Expositor’s Bible Commentary. He was also the senior editor of the five-volume work The New International Dictionary of Old Testament Theology (NIDOTT). Dr. VanGemeren and his wife, Evona, reside in Libertyville, Illinois. They have three children. . 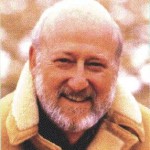 This year David Roper was our speaker. He took us through his newest book, Song of a Longing Heart. The book is about the greatest of love songs, the Song of Solomon. Dave used this text to speak to our deepest longings as men to know and experience love both human and divine. Whether you are married or single, young or old, David shared his keen gift of speaking right into the hearts.