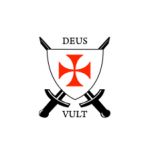 Forum: Religion & ViolenceThe command to devote Jericho and its inhabitants to the Lord for destruction raises troubling questions about religion and violence. Jews, Christians and Muslims have all used the violent texts of their Scriptures to justify violent acts. How should we read these violent texts? Is such violence ever justified? Can the sword be combined with the cross? Is there an inconsistency between God in the Old Testament and God in the New Testament? Did God inflict violence on his own Son? These are some of the questions that will be addressed in a talk by Bernard Bell, followed by Q&A. Sunday, March 18, 7:00-900 pm in the Auditorium.